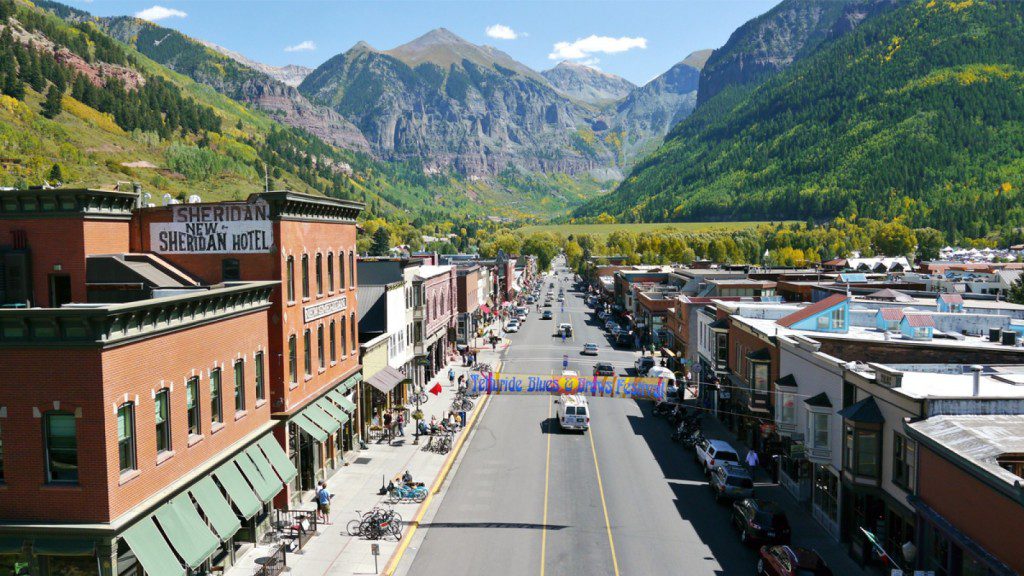 Telluride is a town with full lineup of summer Festivals. From May to September, virtually every weekend is filled with live music, film, art and culture, and food & wine festivals. Music of all types is an important part of our festive community. Telluride is fortunate to have one of the most diverse and impressive festival lineups in the country. Our festival season kicks off at the end of May with the world renowned Telluride Mountainfilm Festival
From there, each weekend is host to a different event.

Go to the FULL CALENDAR of Telluride Festivals & Events 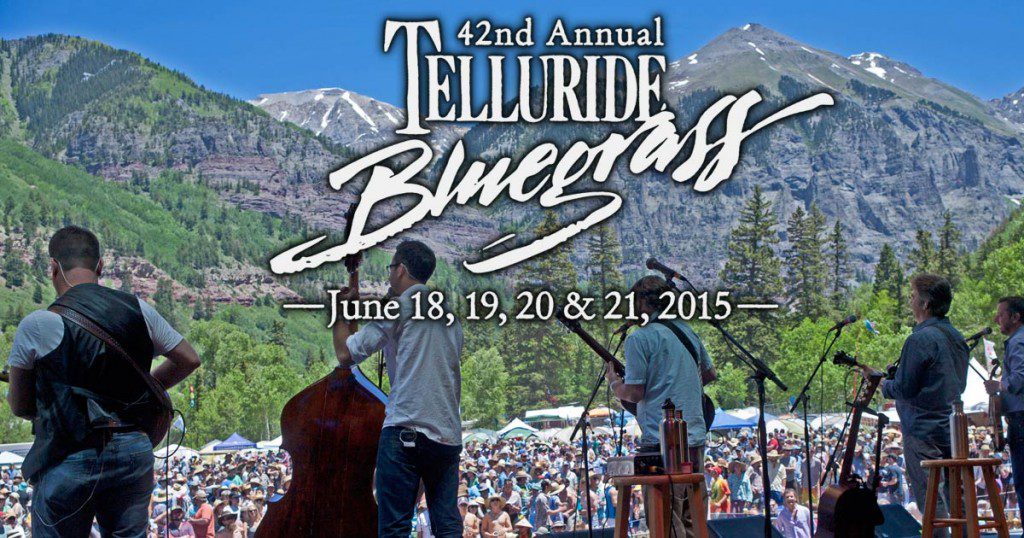 ass Festival in mid-June has attracted brilliant musicians for 30 years and over 10,000 festivarians to the valley each year to enjoy the world's best bluegrass musicians playing under the sun and under the stars for four days of fabulous fun.

This festival features more than Bluegrass though,as it has hosted everything from Nepalese throat singers to the Colorado Symphony

Headliners in Past Festivals include the following:

And of course the many regular well-known bluegrass players over the years have graced the Telluride Stage such as:  Sam bush, Bela Fleck, Del McCoury, Jerry Douglas, John Cowan, Emmylou Harris, and Tim O’Brien. 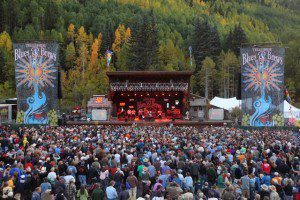 Blues & Brews is a three-day celebration of blues, funk, jam bands, indie, rock, gospel and soul performances —accompanied by some of the best microbreweries in the country, a wide variety of food and craft vendors, children's activities, late night shows, and much, much more.

Telluride's main street, just steps away from the festival grounds, is home to a wide variety of shops, restaurants, and bars. After the music ends in Town Park for the evening, we move the festival scene into various music venues located throughout the town of Telluride. These are our "Juke Joints" and, once they get jamming, a walk down main street feels like a walk down Beale Street in Memphis. 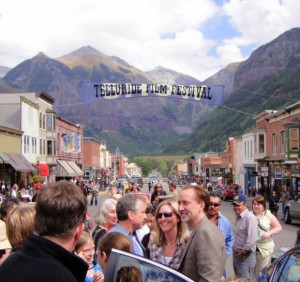 Each Labor Day weekend for over 40 years, famous actors and directors have come to this highly acclaimed film festival to premier many high quality films which have become well-known and popular.

Film buffs from all over the world attend this world-class event to experience  films that represent the work of both new and established artists from all cultures and countries.  Considered by film experts as one of the top five film festivals in the world, the Telluride Film Festival has been graced with participation by actors such as:

Highly accomplished directors have also been coming to this festival for years, and they include:  Walter Herzog, John Ford, Peter Weir, Salman Rushde, and Ken Burns.

Stellar films that have premiered in Telluride include:   The Last King of Scotland, My Left Foot, Crouching Tiger, Hidden Dragon, Brokeback Mountain, The Hustler, The King’s Speech, Gravity,  Twelve Years a Slave, and even The Civil War series by Ken Burns.

The event is always sold out and many attendees have been coming every year since the festival's inception in 1973. 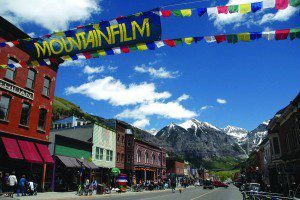 "Telluride Mountainfilm is the single most inspiring event that I attend each year. It is a chance to rub elbows with modern-day heroes, with people who are actually making a difference. A chance to see films that would be lost. A chance to find out what’s really happening in the world and to meet people who are living their dreams." —Ace Kvale, adventure photographer 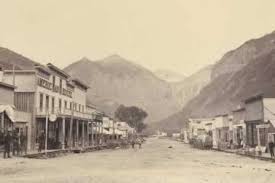 The Nothing Festival. It’s a weekend of doing nothing, because there is no reason to race to Town Park and throw down tarps. There is no ticket line to stand in. There is no bracelet or pass involved. There are no crowds. And, there is no schedule or line-up. One should not agonize over finances and the cost of festival food and beers. If you come to Telluride the weekend of the Nothing Festival, you will not find music for it, though you might easily slide into the Moon or another venue and find a local band playing.

In the middle of July in Telluride, right around the time that the monsoons pick up, they celebrate a whole lot of nothing. Many who are not locals will not know about this. There is no advertisement or promotion for the Nothing Festival. It just is.

The Telluride Wine Festival is a giving organization that holds events to promote Telluride as a culinary destination, supporting the overall health, character and vitality of its community.  The mission of the Telluride Wine Festival is to stimulate the local economy, educate our attendees and donate a large portion of event proceeds to support the Telluride region’s food-producing community.  We plan to provide grants to local entrepreneurs producing food in new and sustainable ways as well as offering education for children in the Culinary Arts.  In addition, through the Monica Callard Foundation, we work to give scholarships to talented Telluride residents who would greatly benefit themselves and the community through wine and/or culinary education. Our long-term goal is to create a community kitchen to be used for cooking classes and to  provide a low-cost production facility for local entrepreneurs to create their food-based products.

The Chamber Music Festival fills the valley with classical music each August. Concerts are presented in the lovely old Sheridan Opera House.